ALL TICKETS FROM 10th MAY ARE VALID FOR THIS SHOW

Heavy, but with a lot of room for dynamics and atmosphere. A raw, pure, dark sound with emotion as its centre. Lesoir‘s set goes from fragility and whispering, to chaos and heavy sounds, without losing the melody of each song.

Lesoir is no longer a stranger to the Dutch progressive rock landscape and has even been successful in China. The art rock band is influenced by Anathema, Porcupine Tree, Steven Wilson and The Gathering. Lesoir features two fabulous front ladies, was founded in 2010 and released its debut album one year later.

In the meantime, the band has four albums to its name. Their second album, Transience, was produced by John Cornfield and mastered by Brian Lucey (The Last Shadow Puppets). Their third album, Luctor Et Emergo, was recorded at the British Airfield Studio (Elton John, War Of The World).

Lesoir has in recent years performed with bands like The Gentle Storm, Delain, Evergrey, The Pineapple Thief and Within Temptation. The band was also featured at festivals like Night Of The Prog, IO Pages Festival and Midsummer Prog Festival.

The new album is produced by John Cornfield (Muse) and Bruce Soord (The Pineapple Thief) and released on the German quality label Gentle Art Of Music. Lesoir just got back from five weeks of touring through Europe as special guest of Riverside. 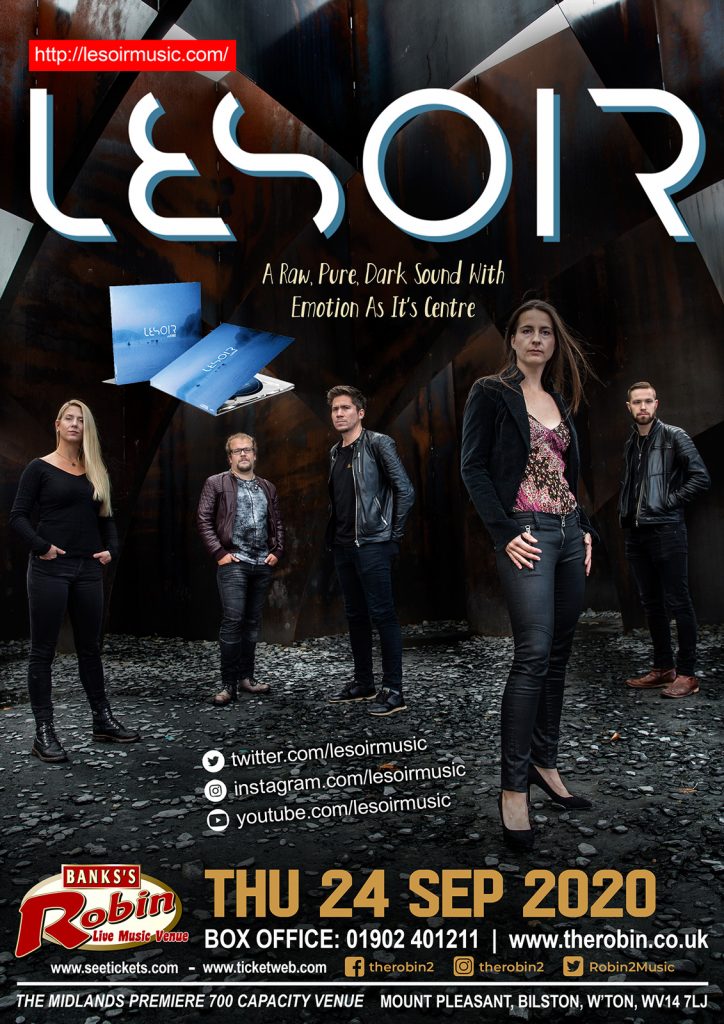