Bootleg Abba was formed in 1996 with the idea of trying to try re-create the live sound and studio recordings of Abba (and that is almost impossible to do!)
Our first show was at the ‘Forum’ London and very quickly after that we were asked to perform ‘Waterloo’ for the BBC TV’s Really Useful show as part as their run up to the Eurovision song contest in England.
During the last 10 years we have played to audiences throughout the UK and have travelled as far as Singapore and Kazakhstan!

Recently we have developed a strong reputation performing in the Middle East and Europe (France /Holland/Germany).
You will regularly see us at a wide selection of UK venues including the famous JB’s club in the West Midlands, a venue we are proud to be associated with (in its history its seen such super groups as The Police/U2/Dire Straits perform there)

We have always been very happy to perform our Abba tribute show from the smallest to largest audiences
In late 1999 we worked alongside top comedy actor ‘Steve Coogan’ He said ‘Sounds just like Abba to me’…Bootleg Abba were very pleased to hear him say that!

Although no-one will ever come close to that perfect Swedish pop sound of the original ‘ABBA’, in Bootleg Abba we are continually trying to improve our Abba tribute show.

Get in the mood with hits from Abba… 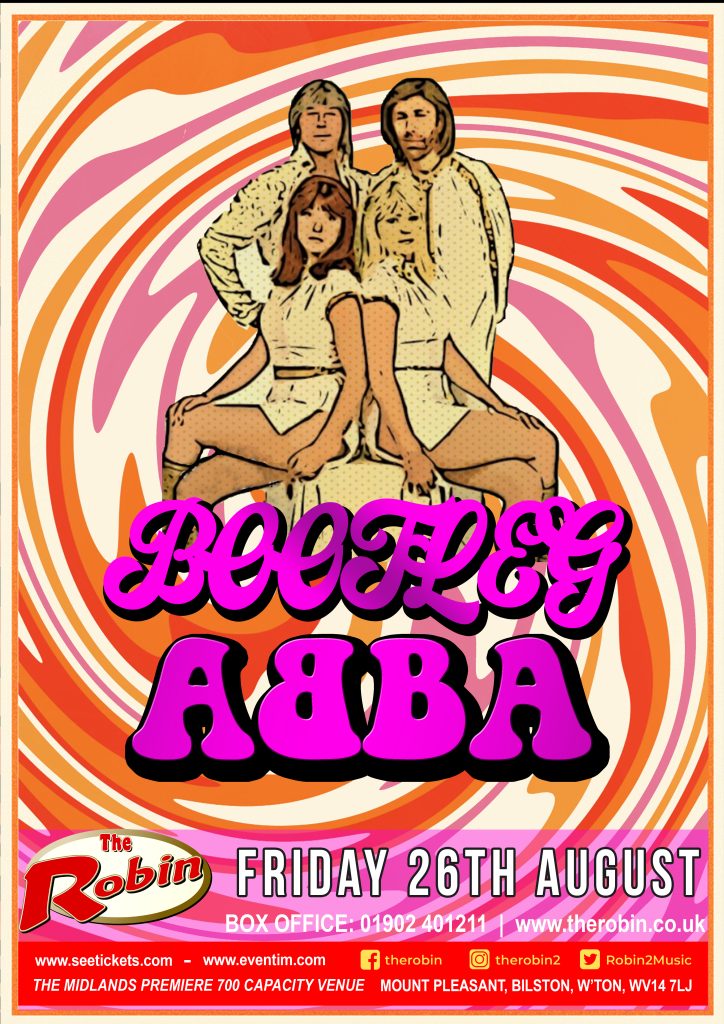