Would you believe it? Gryphon are releasing another all-new studio album of especially written, previously unheard material entitled “Get Out Of My Father’s Car” – and this time only two years on the tail of their sensational ‘ReInvention’, which arrived after a gap of 41 years! The greatest news is that you can be among the first to hear this new material performed live. Now they really are the oldest and the newest thing – a legendary British band that’s as exhilarating, energetic, unpredictable and addictive now as it ever was.

Back in the 70s, no-one could pigeonhole Gryphon. When the first album came out, the band appeared on BBC Radios 1, 2, 3 and 4, all in the same week. They appeared with Yes at Madison Square Garden and Houston Astrodome, played festivals, folk clubs and cathedrals. They wrote and played the music for Sir Peter Hall’s National Theatre production of The Tempest at the Old Vic and were the first and only band to ever play a live gig there. They found a unique place in the hearts of folkies, prog rock fans, early music aficionados and anybody with an ear for something fresh and different.

Now Gryphon is back, reinvented, mixing old and new music as well as old and new members. The virtuoso musicianship and compositional flair that marked the band out in the ’70s has been pushed even further, with new blood stimulating fresh ideas for the 21st Century, though maintaining their strangely unique, good-humouredly dazzling quirkiness.

Gryphon’s music is mainly acoustic, with crumhorns, recorders, flute, sax, violin, mandolin and bassoon alongside guitars, keyboards and a battery of percussion. Every gig involves at least 30 instruments, so the textures are pretty varied and unfamiliar.

Gryphon, as ever, is the antidote to genres. Whatever you expect, you’ll get something different, surprising, and exciting. Whatever you get, it’ll make you wonder why it took these guys so long to crank up the engines and get out on the road again. But it’ll always be worth the wait.

Listen to Gryphon’s album below to give you a feel of what they are about: 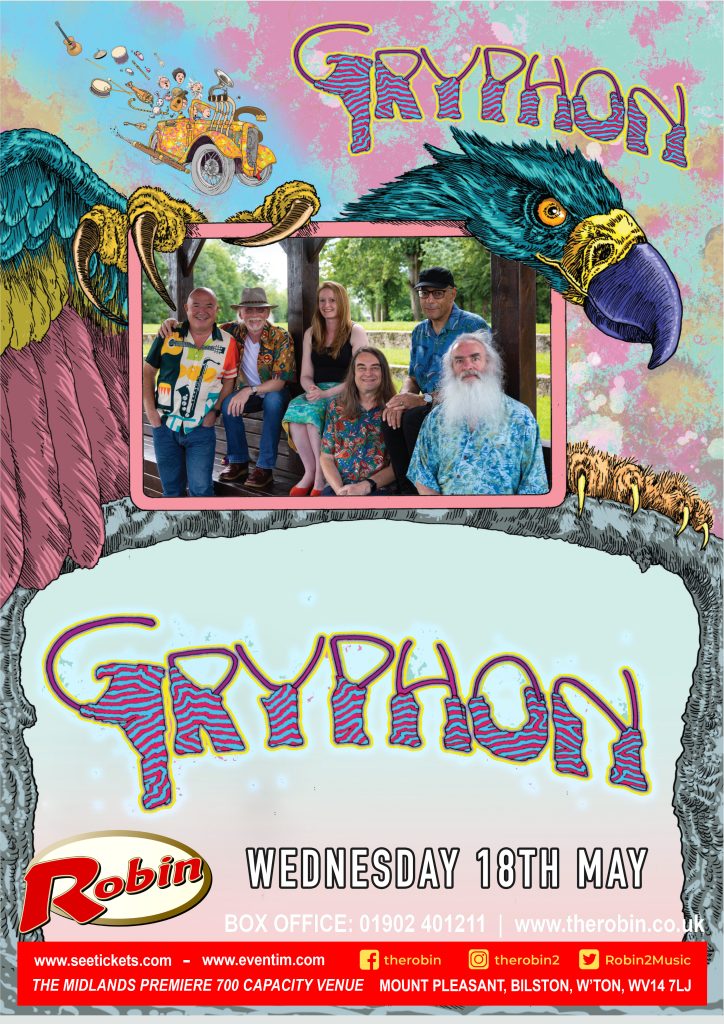